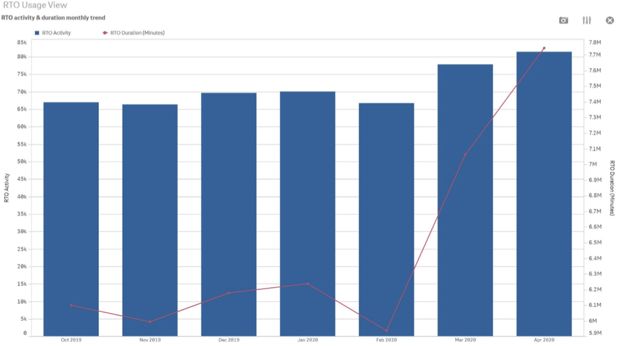 “What do you see changing to be better prepared before the next crisis?” That’s an increasingly popular – and pressing – topic of conversation as the world lurches through the first half of this eventful year.

Recently, the Wall Street Journal published a report on a few of the unsung technologies playing a critical role during the terrible pandemic, including SEMI standards. Yes, standards.

As part of the ongoing preparation for the next waves of challenges and opportunities – including stop-work global crises – standards are on a roll. That’s because the stakes are so high.

During this global shut-down, fab production nevertheless has been officially deemed “essential business,” but social-distancing sharply limits human presence in the factory. As we all know, high-tech manufacturing, and the markets served, can be highly vulnerable to a hiccup in the factory tool set, where time is of the essence when repairs are needed.

It’s in this context that standards have risen to the occasion when production has been most susceptible during these past months of skeleton crews. Factory automation, including the port where information securely flows in and out, the data packets that are exchanged, the interface that allows all the data to be collected and analyzed – and then implemented in AI-like fashion – all rely on standards.

As a quick recap, the industry’s first collaborative deliverables a half century ago were standards for early data analysis, which led to increasingly rapid improvements in fab operations. Today that’s called machine learning and AI.

As factories became more sophisticated in their automation and development of equipment communications interface protocols during the past few decades, chipmakers didn’t want a hodgepodge of interfaces and languages – various remote connectivity solutions across different suppliers – nor the accompanying accidental or intentional cybersecurity threats. Different recipes for an array of chip types were to be accommodated, but cost efficiency and yield were a top priority across the business.

With only a bare minimum of people allowed into the quarantined cleanroom of 2020, fast corrections have been able to remain the norm in environments like the leading-edge lines where recipes or deliverables can change every 3-4 months. If we didn’t have precise remote support, operations would suffer. As a result, due in great part to standards previously implemented, we’re so strategically automated that the fabs are performing well despite the pandemic.For example, suppliers of software that is used to diagnose and manage semiconductor manufacturing tools remotely, saw its usage more than double between February and April. It has remained at record-high usage levels during May and into June. A lot of folks have continued to handle vital diagnostics and control, but from home. 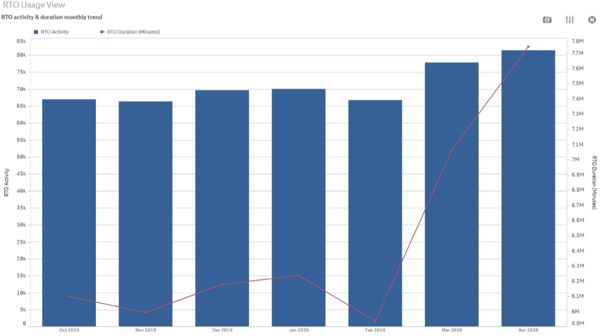 Equipment makers never missed a beat as their technicians peered from offsite locations into customers’ active fabrication lines. Fab owners have reaped the benefits of remaining on schedule and in the black.

But the pandemic has revealed there’s still room for improvement. For instance, specific lessons from those with cleanrooms are being shared right now among the SEMI members and across the industry.

At a micro level, companies are giving every used cleanroom gown its own bag to limit transmission. Workers are propping open interior doors to avoid touching and prioritizing the use of automatic doors wherever possible. Unexpected shortages of facemasks have spurred a rush to qualify second-source providers. To limit cross-shift exposure, most member companies have begun staggering shifts to rotate schedules and insert time gaps between shift transitions. Employees admitted on sites are not allowed to move among buildings, and most members change the building entry location every day.

At a macro level, SEMI asked 16 governors and the chairs of the National Governors Association, U.S. Conference of Mayors, National League of Cities, and National Association of Counties to consider the semiconductor industry “essential business.” This was coordinated with the Semiconductor Industry Associations worldwide to reinforce the importance of the microelectronics business in many countries.

How else is the industry specifically building on what’s been uncovered? Among takeaways already being surfaced during the pandemic is the need for accelerated development of standards with ever-more comprehensive cybersecurity specifications. In an increasingly competitive world, such standards will help to sustain uninterrupted progress during the next crisis, including another quarantine. Underscored by the pandemic, two draft standards are underway.

Intel and Cimetrix are leading SEMI Draft Document 6566, Specification for Malware Free Equipment Integration, refining it to define protocols for pre-shipment scans of equipment as well as various types of ongoing support, including file transfers, maintenance patches, and component replacement. In addition, the teams’ aim is for the desired standard to introduce steps to “harden” equipment software and make it less vulnerable to cyberattacks. The measures will be evaluated against third-party frameworks, such as the National Vulnerability Database (NVD) and Common Vulnerability Scoring System (CVSS).

Second, TSMC and ITRI are leading SEMI Draft Document 6506, Specification for Cybersecurity of Fab Equipment, which defines a common, minimum set of security requirements for fab equipment. The standard will provide a baseline focusing on four major components of fab equipment: operating systems, network security, endpoint protection, and security monitoring. Once approved by SEMI membership, the goal will be to scale requirements as malware threats evolve.

Turning back to the big picture, while market demand may pause, most companies in the supply chain should continue to be in solid shape – partly due to the determined analysis, refinement and certification of standards designed to avoid interruptions during both good times and bad.

As my former boss, Bob Noyce, said, “It is impossible to do business in the world today without having standards that both the customers and the suppliers agree to.”

One more of the key lessons repeated during this worldwide lockdown is that the microelectronics industry represents the very core of the most productive half century in history. And, with the collaboration that is our hallmark, that we collectively will be the ones to carry the torch into the future.

For this reason, the upcoming Virtual SEMICON West, July 20-23, will feature the broadest array of futurists – from both within, and beyond, the industry – to shed much light on what will be the strategies and tools for managing the next disruptions.

In addition to the specific lessons and actions I’ve noted here, we hope you’ll join us next month to hear – and tell – what the next solutions may look like.