Windmills, solar panels and the effect of feed in tariffs by Bob Reback,
President and CEO

I always enjoy meeting with customers. I may be a little “old school,” but the personal touch of sitting across the table from someone, having a cup of coffee and learning firsthand what they think of our products, our people and our services is always educational, and even more so when the news is not good, as that gives us the opportunity to learn and improve going forward. Of course, the non-verbal communication is often times more important than the words, and you just can’t get that over the phone.

Due to the downturn in economic conditions during late 2008 and early 2009, we limited all company paid travel. As president, I also set the example to use the telephone and web conferences for most customer interactions. As business conditions began to improve in late summer of 2009, we began to relax our travel constraints. This led me to take a business trip to Europe to meet with some of our semiconductor customers as well as a few of our new PV customers.

Being on the road visiting customers usually involves a very full schedule, and Cimetrix business trips are even more so. This business trip started off meeting with customers in The Netherlands and then we drove across Germany meeting with customers in a number of cities as we made our way to our final destination in the Munich area. As we drove across Germany and stopped in a number of cities and small towns, I was surprised to see quite a few modern, high tech windmills, but I was shocked at the solar panels. We saw solar panels on the roofs of commercial buildings, residential building, farms and just about any type of structure with a roof. We saw solar panels in cities, towns and the countryside as we drove by on the Autobahn.

The German government has been the world leader in promoting renewable energy. The German government implemented a program of “feed in” tariffs that provide subsidies for entities (people, businesses, etc.) to install solar panels. As it was explained to me, it is typical in Germany to purchase electricity at a rate of say $0.08 to $0.10 per kilowatt hour. The government feed-in tariff means that if someone installs solar panels on their roof, the German government will guarantee that it will purchase all of the electricity from your solar panels for the next 20 years at the price of $0.45 per kilowatt hour. (Note that the feed-in tariffs decline every year). Since you have a guaranteed contract to sell this electricity to the government, people are able to go to a bank and borrow the funds to cover the upfront costs of installing the solar panels. Then the profit obtained on a monthly basis is sufficient to pay back the loan and interest charges. After about 10 years, the loan is paid off and then the person with the solar panels can enjoy the operating profits for the remaining years on the original 20 year contract. It was fascinating to see firsthand the results of this program, as well as have discussions with many of the German people. Not only did we discuss with many of the engineers that are our customers, but we had discussions with the average citizens in various restaurants and hotels. Everyone knew the term “PV” and there was certainly an air of excitement about leading the world in renewable energy.

You might ask, “How does this affect Cimetrix?” Well the theory is that government feed-in tariffs will stimulate demand, which in turn will stimulate production of more solar panels, which will then lead to improved efficiencies in both the technology used in solar panels as well as the economies of scale, which will ultimately lead to better price/performance solar panels that are cost effective on their own merits without government subsidies. Since solar panels are based on silicon or thin film substrates and have a similar manufacturing process to computer chips, there is a need to continually improve the manufacturing process to make better solar cells and lower the manufacturing costs. That is where factory connectivity and advanced software systems similar to those used in semiconductor manufacturing come into play. Many of the German PV manufacturers have adopted the “PV2” software for connecting manufacturing equipment with factory software. Cimetrix has enhanced its product offerings to meet these needs and hopes the industry is successful in promoting widespread usage of these PV software standards. If this happens, this should significantly increase the available market for Cimetrix products and services. 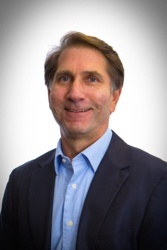