Interface A New Freeze Version - are you prepared? 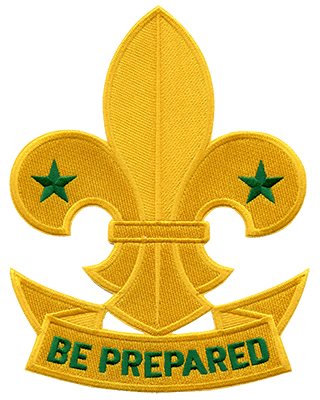 I have been a Scoutmaster for the Boy Scouts of America for about 5 years now. Our troop goes camping several times a year. Utah offers a lot of beautiful and interesting camping areas. The variety is remarkable. In our troop we spent a lot of time teaching and preparing the boys to not only have fun, but also be safe and wise in their fun. Some planning ahead, training and common sense can make a huge difference. Nearly every week, I have our Senior Patrol Leader help all of the scouts in our troop recite a number of memorized phrases including the Scout Oath, Law, Slogan, Motto and sometimes even the Outdoor Code. The Scout Motto is the famous one known to almost everyone in the world; "Be Prepared". Reciting it every week helps our minds to remember to focus on being prepared for whatever may come. We prepare the boys to handle emergency situations such as medical and weather related emergencies. "Be Prepared" applies not only to scouting activities like camping, canoeing and hiking, but also to school, our careers and everything we do.

At Cimetrix we also like to "Be Prepared". In particular, at the time we designed our EDA (Interface A) products, CIMPortal and EDAConnect we recognized a need to support multiple versions of the standard. Since 2006, there has been only one allowed version of the EDA standards. This is the ISMI Freeze Version which specifies the 1105 version of the SEMI® standards. At Cimetrix we knew that at some point in the future the 1105 ISMI Freeze Version would not be the only version implemented. As co-chair of the DDA Task Force responsible for the development of the SEMI EDA standards, I can personally attest that the standards have continued to change, mature and improve. At Cimetrix, we predicted from the start that at some point in the future, factories would want these new features in the standards and that ISMI would announce another EDA Freeze Version.

To "Be Prepared" for the future, Cimetrix originally designed both EDA products, CIMPortal and EDAConnect, for the future. Each product is designed with an abstraction layer to be able to support multiple EDA versions at the same time. This makes it possible for Cimetrix to adopt the new EDA versions without rearchitecting the products. In turn, this passes on tremendous value to our customers who also will not have to rearchitect their solutions. In fact, Cimetrix customer should be able to upgrade to new Freeze Versions with relative ease. It is nice to "Be Prepared".

Schedule a meeting at SEMICON® West 2010 to discuss your Interface A needs further!
Or visit us at Booth #2331, South Hall.