What is GEM Control State?

The GEM Control State is one of the fundamental E30 GEM requirements. It defines the level of cooperation between the host and equipment and specifies how the operator may interact at the different levels of host control. 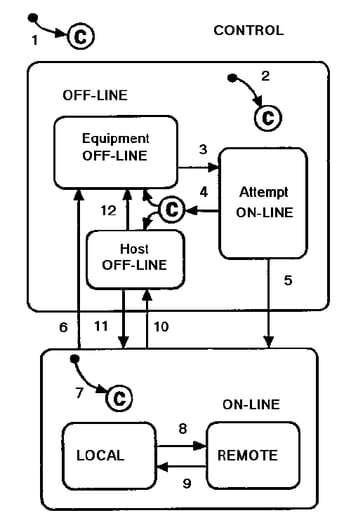 How does the Control State work?

The Control State provides three basic levels of control. Each level describes which operations may be performed by the host and equipment sides.

The Control State Model was designed in a way to give the equipment operator more control over the state machine than the host.  This protects the operator from unexpected state changes initiated from the host.

The equipment must provide a way of displaying the current Control State to let the operator know who is in control of the equipment.

The equipment must provide a discrete two-position switch which the operator may use to indicate the desired Online sub-state (Local or Remote). This may be a hardware switch on the front panel, but is often implemented in software using button controls. If implemented in software, the setting must be saved in non-volatile storage.

In the Control State Model, transitions #1, #2, #4, and #7 are conditional state transitions. The equipment application must provide a way of configuring which state to transition into. Equipment constants may be used for these configuration settings.

Conditional transitions #1 and #2 determine the initial state of the Control State Model during startup. The configuration that controls these transitions can be set for one of the following states:

Conditional transition #4 is used to determine which state to transition into after an equipment attempt to go Online fails. The configuration can be set to one of the following states:

Conditional transition #7 is used to determine which Online sub-state (Local or Remote) should be active when the Control State becomes Online. The configuration can be set to one of the following Online sub-states:

Which Messages are used for Control State?

Click here to read the other articles in our SECS/GEM Features and Benefits series. 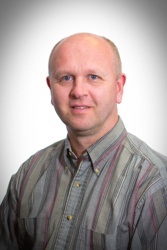