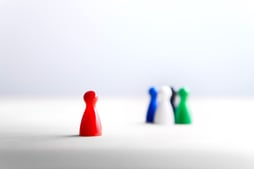 The #MeToo movement has brought the issues of harassment and discrimination to the forefront of American thought. High profile celebrities, business people and politicians have had their illegal behavior exposed as a result of the movement. While the situations generally profiled in the media center around rampant abuse and overtly inappropriate behavior, it is important to consider that not all issues of harassment and discrimination take the form of sexual assault. In fact, sometimes even our best-intentioned behaviors can send the wrong message.

For example, let's say a hiring manager is looking at four candidates for a software engineer position. Three of the candidates are male, one female. The hiring manager currently has all males reporting to him and they frequently go out to sporting events and movies together. The hiring manager worries that if he hires a female, the fun dynamic he has now will be impacted. After all, women may not be interested in football or slasher movies, right?

There are two fallacies in this hiring manager’s thinking. The first is the impact of choosing someone who is not like the others. Often times the most productive teams are those that bring a variety of skills, knowledge and experience to bear. The second fallacy is in making assumptions about a person based on gender. When gender (or race, religion, sexual orientation, etc.) impacts your expectations of how someone will act or work, it is not only insulting to the person, it can lead to bad decision making.

Of course, one key fact is that when hiring, you should not be looking for a friend to hang out with. You should be looking at someone who can perform the job and make positive contributions to the company. Worrying too much about team dynamics, and not enough about job skill, can lead to a bunch of friends who can’t meet the goals of the company.

We must be aware that even our most well-intentioned actions can potentially be inappropriate, and possibly illegal. A male employee working the night shift at a grocery store along with several other employees gets asked to bring in the shopping carts. He agrees and brings in the carts. After this happens for a few nights in a row, the employee asks his manager why only he has to get the carts while none of the female employees do. The manager replies, “Well, this late it is pretty dark, and I don’t like sending our female employees out alone in the dark. There are a lot of crazy people out there.”

While this may seem like a perfectly reasonable explanation, making an employment decision such as work assignments, based on gender is illegal. If there is a legitimate safety concern about female employees being out after dark, then the manager should look for solutions that don’t involve gender bias. Perhaps security cameras need to be installed. Maybe two people should be sent out instead of just one. There are many possibilities you could brainstorm that would not run afoul of the law. 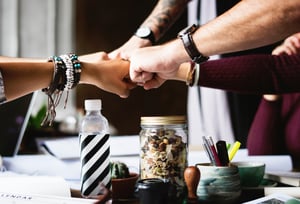 Finally, it's important to watch how small impact behaviors can escalate into larger issues. What if one of the female office clerks that supports your team often says things like, “You know women, we change our minds a lot” or, “I need a big strong man to help me move this table.”? If you thought you don’t need to be concerned because a female is talking about females, then you could be making a harmful mistake. If a male said something like, “This is women’s work” it would almost instantly raise our eyebrows and we’d address it. But either gender making denigrating comments about their own gender can also have a cumulative effect. People who get to used hearing a stereotype reinforced may start to view the statement as fact. How do we memorize something? Repeat it over and over. How do we build a negative attitude towards anything? By hearing or saying negative things about it over and over. The result is that, at some point we may become so desensitized, we inadvertently speak or act in an inappropriate way.

While this blog post has focused mainly on gender; any protected class such as race, religion, gender identity, sexual orientation or veteran status can be substituted in. When working with managers, co-workers and direct reports, the only legal thing to do is treat everyone equally. Don’t let non-job-related factors influence your judgment. Treat people fairly and make your employment decisions based on knowledge, skills and abilities and not any other factors. 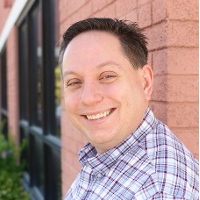