The More Things Change, The More They Stay The Same

In the early 1990’s I worked with companies like Motorola, Wacker Siltronics, and AT&T to characterize the SEMI Equipment Communication Standards (SECS) interface on the equipment. It was early in the process of connecting process and metrology equipment to a factory control system (Manufacturing Execution System – MES), in the days before the leading chip makers at that time got together to define the Generic Equipment Model (GEM), which was eventually balloted as SEMI E30.

It was a fun and exciting time as process owners began to see the power and benefit of having an automated interface to the equipment. The first project I worked on was collecting critical dimension (CD) data from a microscope following a lithography process step. Previously the operators would manually enter 6 measurement data points to 8-digit precision. This was a very error-prone process, and each time a mistake was made, lots were put on hold until the problem was diagnosed. This affected not only the throughput of the lithography area, but also the overall fab, since the litho tools are invariably the bottleneck. The automated interface eliminated this problem because process engineers knew that any lot holds were due to real process errors rather than operator input errors.

From these humble beginnings, full factory automation in front end 300mm fabs was adopted quickly and revolutionized semiconductor manufacturing. The level of automation in other areas of the semiconductor and electronics assembly industries is now increasing dramatically, motivated by the prospect of improved factory throughput and higher yields. Moreover, the experience gained through implementation of automated interfaces using SEMI communication standards will be a great benefit to semiconductor backend and electronics assembly markets. Some of the standards used in 300mm automation have already been modified for this purpose, and new standards are in work to better serve these industries. 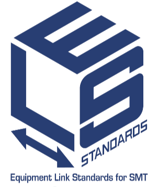 In September 2019, SEMI published the PCBECI (Printed Circuit Board Equipment Communications Interface) standard, officially designated SEMI A3. This standard is a simplification of the reliable and much-used GEM equipment communication standard.

Early in 2019 the SMT-ELS (Surface Mount Technology Equipment Link Standard) suite, designated SEMI A1, A1.1, and A2, was also published. These standards address the need for machine-to-machine (M2M) communications to support flow manufacturing processes. The adoption process for these new standards has just begun, but like the early adoption of the SECS and GEM standards, it is exciting times and good things are happening.

Visit us as Productronica (Hall A3 Booth 421) or SEMICON Europa (Hall B1 Booth 525) to hear more about these new standards and the products Cimetrix has developed to support their implementation and validation in equipment and factories. Or you can get in touch with a standards expert any time by clicking the link below.