Why implement a SECS GEM driver?

A SECS GEM driver can be looked at from a factory or equipment supplier perspective. I will discuss both of them in that order.

It is possible to implement features in a GEM interface. But this also means that just having a GEM interface on the equipment does not ensure that it has been correctly designed to meet the factory’s expectations. An equipment supplier’s poor implementation of GEM can frustrate a factory’s plans for Smart Manufacturing by not providing features that the factory expects that could have been implemented. The tendency of most equipment suppliers is to implement the absolute minimum functionality in a GEM interface to save money. Therefore, it is the responsibility of the factory during equipment acceptance to evaluate the GEM interface to make sure that it is robust and has the full set of required features. The factory must have a clear vision of its needs both initially and later as its Smart Manufacturing goals are realized. It is not unusual for a factory to request an upgrade to an equipment’s GEM interface with more features, but these modifications usually come at a cost.

So why would a factory want to use SECS GEM technology? 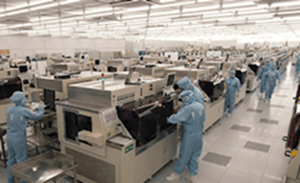 In order to reach the goals of Industry 4.0 and Smart Manufacturing, factories must be able to monitor and control manufacturing equipment remotely. Therefore the equipment must have a software interface to provide this functionality and the factory must be able to access and use this interface.

Factories could let the equipment suppliers choose their own implementation technologies for this kind of capability, but as a result, different suppliers might take a different approach for every equipment type. This would be tremendously expensive and resource intensive. It is far better to standardize on one or two technologies, and ideally, one that is proven to work and known to have all of the necessary features. This allows the factory to achieve its goals with minimum investment, focusing instead on using the equipment interface in creative ways to improve manufacturing.

SECS GEM is the most proven technology already widely used across the globe and supported by the most sophisticated and automated industry in the world; semiconductor manufacturing. It is also widely adopted several other industries, making it a safe choice. The range of production applications supported by SECS GEM data collection include productivity monitoring, statistical and feedback/feedforward process control, recipe selection and execution tracking, fault detection and classification, predictive maintenance, reliability tracking, and many more. By contrast, alternatives to SECS GEM have so far been demonstrated to be incomplete or immature solutions.

What specifically can you do with the SECS GEM technology? 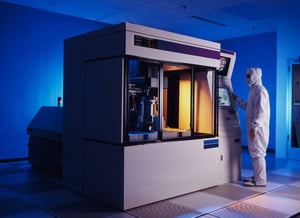 From an equipment supplier’s perspective, a SECS GEM driver is the software used to implement GEM technology on the equipment. In other words, the software to create a GEM interface. The equipment-side software requirements are inherently more complex that the host SECS GEM driver. This is because the equipment-side features are precisely defined by the GEM standard and should be implemented to the fullest extent possible. By contrast, the host can really do whatever it wants, so a limited implementation may be sufficient. In an ideal situation, the equipment supplier will implement just enough features in its GEM interface to satisfy all of its customers and therefore ship an identical GEM interface to all its customers. It is up to the equipment supplier to decide what GEM features to implement and how to adapt them for a particular type of equipment, but the factory should provide clear expectations about its planned use of the interface. It is also the factory’s responsibility to qualify the GEM interface during equipment acceptance. Note that it is not uncommon for factories to withhold partial equipment payment until the GEM interface has also passed its own acceptance.

Here are some key reasons for implementing a SECS GEM driver:

By implementing a GEM interface, an equipment supplier can avoid having to implement multiple interfaces. Because GEM is the most feature complete option, the it should be implemented first and Thoroughly integrated with the equipment control and user interface software. If other protocols must be supported, they can usually be mapped onto the GEM capabilities or a separate external system because they only include a subset of GEM functionality.

Experts on GEM technology are available all over world. Because GEM is a mature industry standard and well defined, it can be implemented by anyone in a range of different programming languages and operating systems. however, to save time I recommend using a commercially available product rather than developing the complete GEM interface from scratch. This can save massive amounts of time and effort, and ensures the quality of the resulting implementation.

To speak with a Cimetrix GEM expert, or to find out more about our GEM software products, you can schedule a meeting by clicking the link below.