Announcing the Release of CIMControlFramework 6.0

The Cimetrix Connectivity Group of PDF Solutions is happy to announce that Cimetrix CIMControlFrameworkTM (CCF) version 6.0 is now available for download.

We have previously done a series of blog posts on the functionality of CCF. The same great functionality users have come to expect with CCF is still available, but in a cleaner, slicker, easier to use package.

In versions before CCF 6.0, core CCF packages (packages provided by CCF) were contained in the same directory as sample code and runtime files. This made it more difficult for CCF users to understand what code was required to be customized and what code was basic to CCF. (Note: you can still customize the basic CCF functionality, but it is not required.) In this release, we modified the directory structure to identify more clearly what is core CCF and what is sample or custom code. This is closer to the structure followed by CCF applications. The following diagram shows the new structure:

In addition to clarifying CCF components, the new structure allows us to easily develop samples for additional equipment types. New samples will be added in future versions of CCF.

Since CCF started providing a Windows Presentation Foundation (WPF) framework, we have received feedback on WPF features user would like added to the framework. Also, our engineers have continued to improve their WPF expertise, which has led to other improvements. CCF 6.0 includes the requested changes and best practice improvements in the new WPF framework. Some of these changes include: 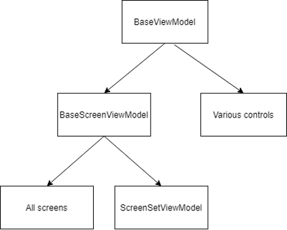 The following image shows the main screen of the WPF operator interface for the CCF atmospheric equipment sample application. Most of the controls on the screen are available for use and customization by CCF developers. 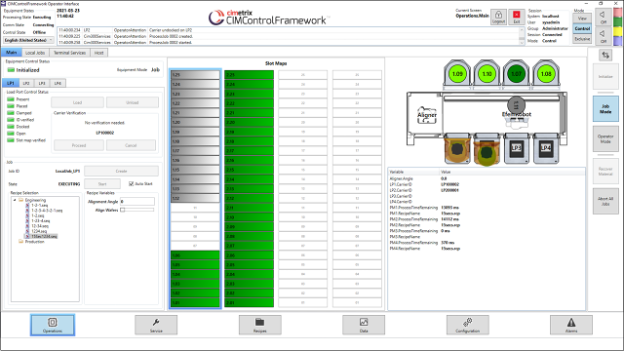 CCF has contained fully functional atmospheric and vacuum sample applications for many years. Over the years, we have improved the functionality for scheduling, simulation, and device interface interaction. However, the samples had always remained the same. With CCF 6.0, the atmospheric and vacuum sample applications were updated to take advantage of the other changes that have been made in CCF. These changes to the samples make them more useful in illustrating the proper use of CCF and providing a better starting point for creating custom applications.

CCF was originally released the summer of 2011 making it 10 years-old. Over the years, CCF has had several methods, objects and devices become obsolete. They were not removed from the product for backward compatibility reasons, but they were marked as obsolete. Because CCF 6.0 is a major release, we took the opportunity to do some spring cleaning and remove the obsolete items. CCF is now cleaner and tighter, and using it is much clearer.

All the PowerPoint slides, lab documents, and corresponding solutions used for training developers on CCF have been updated for CCF 6.0. We have already successfully used the new training materials with a few customers to help them get started with their equipment control application development.

As part of CCF 6.0, we provide a CCF 5.10 to CCF 6.0 Upgrade Guide that contains detailed instructions on how to migrate applications created using previous versions of CCF to CCF 6.0.

We have been looking forward to the CCF 6.0 release for a long time and are excited for developers to get started using it. We are confident existing users will like the changes and that new users will have a good springboard in getting started with their equipment control application needs. We look forward to working with you and hearing from you.