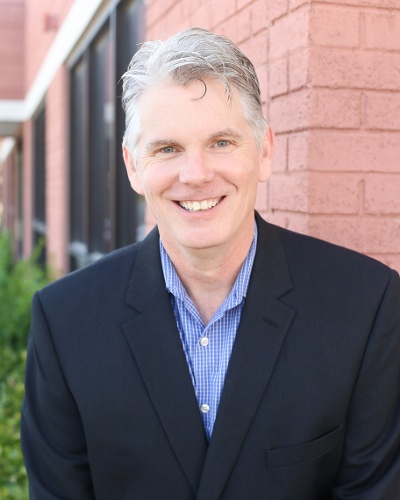 The Smart Factory in the Cloud

There are some of us in the software development community who recall when cloud computing was not much more than a marketing buzzword, mocked by many developers with first-hand experience at the pace of change in the internet age, but maybe not quite enough experience to know better. Today, cloud-enabled architectures are so commonplace that it’s the alternatives that must be defended in most quarters. Although not necessarily in manufacturing.

During the Industry 3.0 changes, when computers were introduced in a significant wayts themselves all changed. Now that Industry 4.0 is upon us, it is the networking of these machines that is driving the change. The network effect is easy enough to understand, but the resulting change is bound to have ripple effects across the industry that will be hard to predict.

Something similar happened a decade ago with cloud computing. At first, the strategy and benefits were understood as simply renting compute power from a third party. “Cloud is just someone else’s computers” was a common refrain among IT professionals. This was true enough at first, when moving to the cloud was done as a “lift-and-shift” strategy. This meant you should take one app, run it on similar platforms in the cloud, save a few bucks, repeat. However, very quickly some very innovative companies realized that the flexibility, scalability and number of new services provided by public cloud vendors meant that applications would have to be re-architected to exploit these possibilities. The software industry is still discovering all the possibilities of the resulting SaaS models. Salesforce, Netflix, Amazon and a few others saw the possibilities, built their apps and services, and the rest of us are still learning.

At Cimetrix we have some experience working with manufacturers who are stepping into this area of I4.0 / cloud confluence. Our sense is that the conversations occur along the similar lines of pursuit. The first topics of conversation revolve around fear – security being the chief concern. How can a factory allow its data to leave the four walls? Two recent events have made this argument easier to overcome: TSMC had to shut down a major part of its operations in the summer of 2018 when a computer virus, installed on a new tool, spread to many other hosts. Hundreds of millions of dollars in shipment delays and other costs resulted from a breach of what had previously been thought to be a secure factory environment. On the cloud side: The Capital One breach, where one million social security numbers were stolen, had initial headlines that related it to the Amazon cloud. Since then, the bank has admitted fault and it has become clear that AWS services are secure.

Two critical elements important to the security argument are 1) employing talented security professionals and 2) deploying critical security patches as soon as vulnerabilities are discovered. The public cloud vendors recognized this long ago and hence their data centers employ security measures beyond the affordability of most business. Factories that continue to host their applications on premises, as opposed to the cloud, are increasingly competing with cloud vendors for security talent. These cloud vendors have massive scale and are still growing at ~40% per year. The result of this is that your apps and data are increasingly safer in the cloud than on an “on-prem” server.

Once these fears are assuaged the next line of reasoning tends towards identifying opportunities. This is where Cimetrix is uniquely positioned. We have the expertise to connect factory equipment, get the data into the cloud, and show our customers how to begin exploiting these technologies. Very often the first step is simply to connect as much factory equipment as possible, get a few simple messages, and expand later. This option has proven very fruitful for distributed supply chains that utilize contract manufacturing and outsourcing. Knowing the rate at which equipment is being utilized, which can be done with as few as two simple messages, can be extremely useful. Negotiating capital budgets for new products tends to improve when utilization rates for existing equipment are well known to all parties. The ROI for projects like this tends to be of the scale of months or weeks, not years.

After proving the ROI this way, with only a few simple messages, the next steps typically involve gathering more data. This is where the real power of cloud computing can be brought to bear. Smart factory computing implies the application of intelligence at the factory level to create a dynamic production environment where reducing costs and improving quality happens extremely quickly. Machine learning and very good AI tools are being developed now by the public cloud companies and to this author seem to be perfectly suited to factory data. “Big data” doesn’t get much bigger than the myriad of sensors already at work in a typical factory, pumping out immense amounts of data. Getting this data into the cloud and closing the loop back to factory equipment will benefit the first adopters in ways similar to the early cloud computing innovators.

Ten years ago innovative companies made a kind of leap, and re-architecting applications for the cloud brought large benefits. We see a similar leap coming for manufacturers who are willing to innovate with the help of these new cloud services. It’s not difficult to imagine how Amazon’s ecommerce engine has benefited from customer data to recommend just the right brand of beer to an on-line buyer of a Manchester United t-shirt. A data scientist I knew once said, “the algorithm says that when it’s raining in England we should recommend this beer. I don’t care why as long as it sells.” This same algorithm is on its way to a factory near you. Although instead of online conversions of browsers into buyers, these algorithms will be tweaked to focus on yields, cycle times, and utilization rates.

There are many other arguments for cloud computing which we ignore here. Arguments in favor of availability, scalability, compliance, ease of deployment, etc. These are all true but better addressed in many other venues. This is likewise the case for Industry 4.0; it is a younger sibling topic as compared to cloud computing, but still better fleshed out in other writings. We at Cimetrix are confident that when we look back 10 years from now, the companies that innovate best at this confluence of technologies will realize an immense potential.

To learn more, or to schedule a consultation, please click below.