The semiconductor industry may have seen a pause during the current growth cycle. For the first time in almost a year, the North America-based manufacturers of semiconductor equipment posted a book-to-bill ratio of less than parity. According to SEMI, there were $1.17 billion in orders worldwide in September 2014 (on a three-month average basis) and a book-to-bill ratio of 0.94. A book-to-bill of 0.94 means that $94 worth of orders were received for every $100 of product billed for the month.

According to Denny McGuirk, president and CEO of SEMI "While order activity moderated, equipment spending this year is expected to be robust and remain on pace for double-digit year-over-year growth.” 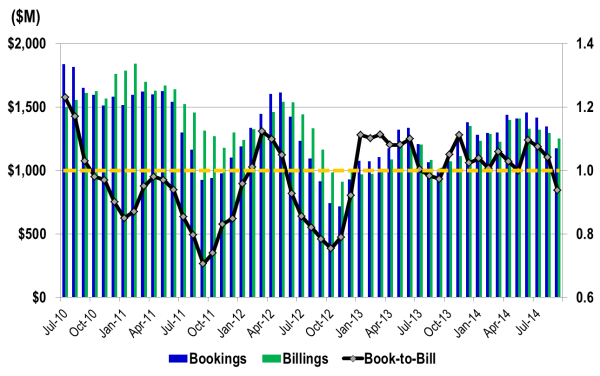