You may be familiar with the brain teaser that starts, “As I was going to St. Ives, I met a man with seven wives.” As the poem continues, each wife has seven sacks, each sack has seven cats, etc. Eventually the question comes out, “How many were going to St. Ives?” The common misconception of this brain teaser is that to answer the question you must multiply all of the items together, resulting in a huge number.

The most direct approach is to have one exception definition per exception instance as shown in the following EDA equipment model: 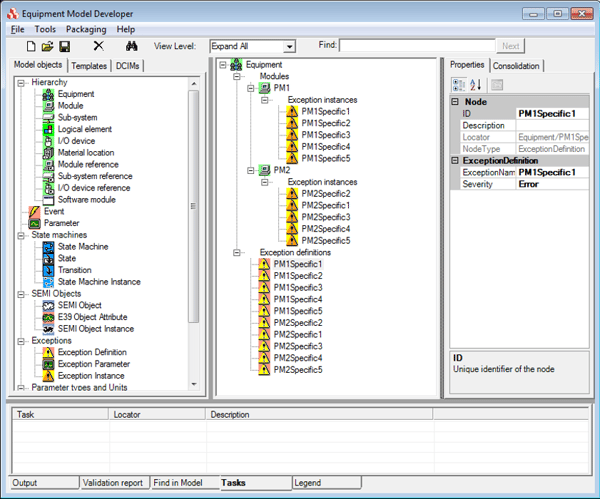 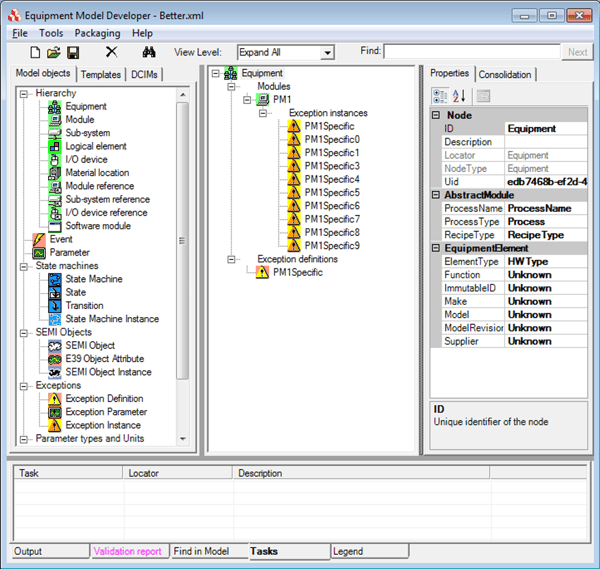 The best approach for equipment with many process modules each with a large number of exceptions is to define only a few distinct exceptions per module, and then use a transient parameter (or data variable) to indicate the actual cause of the problem. The following model shows how this might look: 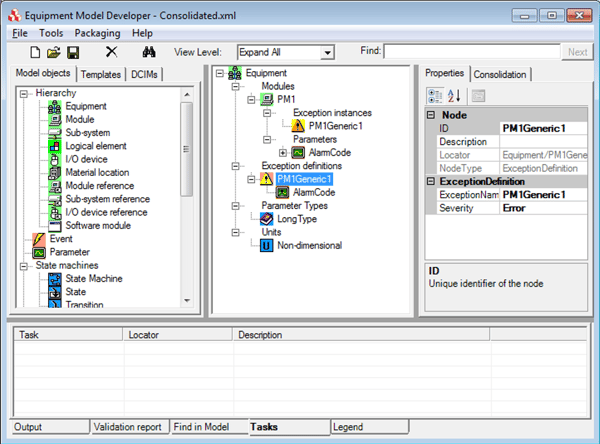 The process module in the model above only has one exception. The transient parameter AlarmCode would contain the information about what caused the exception to be triggered. It is possible to have multiple exception parameters if additional information is necessary (sub error code, description, etc.)