Exploring the Highlights of What's New With Cimetrix CIMControlFramework (CCF)

We released CCF 6.0 in March of 2021. Since that time, we have released four additional versions of CCF. In CCF 6.1 we added a continuous flow sample. We created a blog post for that sample that can be read here. We thought it would be fun to create another blog to keep readers up to date on some of the additional cool things that have been added to CCF in these subsequent releases.

Many of the visible changes to CCF have been made in the operator interface.

The trend for most of our CCF customers has been to implement their equipment control application GUI using Windows Presentation Foundation (WPF). In previous releases, CCF had fully functional WPF GUIs for the Atmospheric and Continuous Flow samples. CCF now has a full WPF operator interface for the Vacuum Sample. The picture below shows the default main screen for the WPF GUI for the Vacuum Sample. 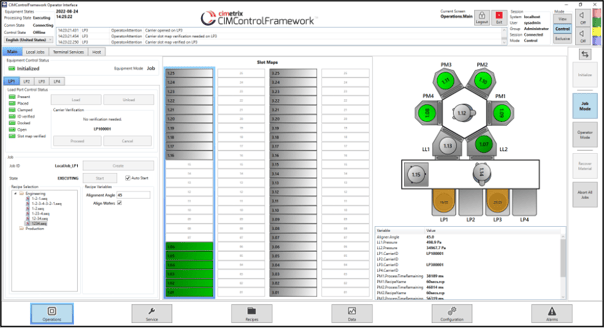 The picture of the full GUI main screen above shows the default visualization for the vacuum sample. The following image is a visualization from the continuous flow sample. 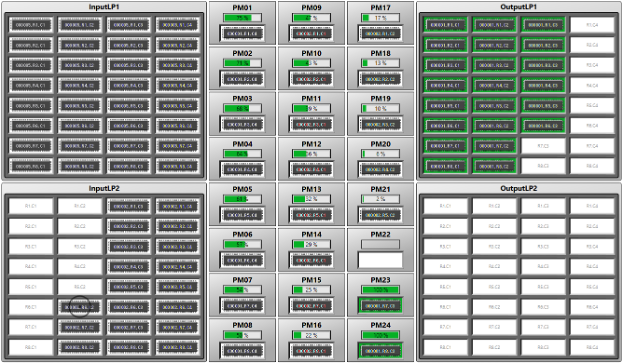 In addition to the GUI changes listed above, Cimetrix has made more changes to the GUI and added new screens for both WinForms and WPF. These screens include:

Cimetrix has always been a proponent of using simulators as much as possible during equipment control application development and testing. (See blog post on simulation here.) Simulation in CCF has always been easy to use, but now it is even easier and has more functionality. Simulators should be interchangeable with hardware so that regardless of whether you are running against simulation or real hardware, the application makes the same calls and receives the same feedback. In the latest versions of CCF, Cimetrix has:

A change that is not very flashy but is probably one of the most important changes made to CCF is that the efficiency has been greatly improved. While CCF has never been a resource hog, there were some instances where it was using more CPU and memory than was needed. This was the case especially when GUI screens were being updated with large amounts of data.

In these instances, a data structure dealing with material locations and another dealing with process and control job data were being sent from the supervisory layer to the GUI more frequently than was needed. By being more intelligent about sending these data structures, we have greatly reduced the CPU usage.

Another change that has reduced CPU usage and data traffic is that the user can now set up trace reports to the GUI that are only sent when data changes rather than on a 10 Hz timer.

As a final efficiency enhancement, these objects now share a base class and are more efficient in writing to the database.

Software interlocks are designed to prevent executing an unsafe command. Using multiple levels to do safety checks provides redundancy and reduces the chance an unsafe command could be executed.

Interlocks have been added to each of the CCF samples to show how they work and how they could be implemented in your application.